It’s the wealth of unfailing support from her family and friends that has continued to encourage Steph Munn throughout her Formula 500s career and allowed her reach new heights, most recently achieving her biggest milestone yet with a visit to victory lane.

Enjoying a stint in Micro Sprints, along with seven years racing go karts on the tar circuits before making her transition into Formula 500s, the 24-year-old racer’s passion for speedway has no doubt been bolstered over the years by her ever-present support network, and it’s that passion that has taken her to the next level this season.

Travelling to Geelong’s Avalon Raceway recently to contest the sixth TJ Chassis Stampede Series, Munnwas certainly feeling the nerves as she prepared to start the 15-lap feature race from pole position with Speedweek Champion Dion Bellman alongside her, but after getting the jump on her rival on the third restart, she was a model of composure.

Settling into first place, Munn focused on the task at hand, refusing to be rattled by the quality of the field behind her and going flag to flag to claim what was a well-deserved victory.

“Seeing the chequered flag and crossing the finish line was a pretty emotional moment for me and for the whole family as well I’m sure,” enthused Munn, who earlier in the night picked up a win and a fourth-place finish in her heat races.

“I had some of the country’s best Formula 500 drivers around me and I was able to control my nerves and hold them off, which is something I’m really proud of. I have no doubt that without the support of my family I wouldn’t have been able to achieve this win, so I can’t thank them enough for continuing to stick by me and encourage my racing.”

Making her debut in the Formula 500s class aboard an RTS Chassis and later trading it in for a Triple X, the Mount Gambier, SA resident upgraded to a Hyper Chassis at the beginning of the 2018-19 season, purchasing the car from Lee Hardess and fitting it with her Yamaha R6 engine, along with brand-new running gear, which she believes has made all the difference to her consistency this season.

Debuted her SA # 44 G.Weyers Painting / M.B Fabrication backed Hyper car at the Victorian Title at Simpson Speedway back in December, Munn then participated in Speedweek, where she enjoyed an encouraging run, picking up numerous heat-race wins and banking enough points to see her sitting inside the top 10 towards the latter stages of the series.

Continuing to build on this consistency following Speedweek, the fifth Stampede Series round at Portland’s Southern 500 Speedway delivered Munn with her highest feature-race finish prior to her recent victory, coming home in fifth place.

Riding a wave confidence following this major milestone, Munn is looking forward to contesting the Australian Title at Goulburn Speedway on April 19 and 20, where she hopes to qualify for the feature race, while also planning to contest the remaining Stampede Series rounds throughout the rest of the season.

For her next appearance, Munn will be competing in the 65 Roses event at Murray Bridge Speedway this Saturday night.

Special thanks go to Munn’s mum and dad Cheryl and Dave, her younger brother Josh, her boyfriend Jayden, and the rest of her family and friends.

To find out more about Munn and her team, LIKE them on Facebook by searching Steph Munn Racing. 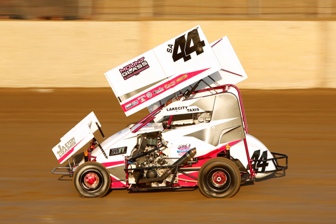