During what was her debut season in senior Formula 500 competition, Tarhlea Apelt has well and truly exceeded even her own expectations, showing on numerous occasions that she wasn’t afraid to mix it up with some of the country’s best drivers.

Getting her maiden 2018-19 season underway in the best possible fashion by winning the first heat race in her first senior race meeting at Toowoomba’s Hi-Tec Oils Speedway, Apelt’s campaign certainly wasn’t without its challenges, with a steep learning curve and varied mechanical issues testing her as a driver. However, this didn’t put a damper on her determination.

It’s this willpower that allowed Apelt to remain in top-five contention for multiples series this season, with her consistency rewarding her with a fourth-place finish in the overall Brisbane Club Championship, along with a pair of fifth-place results in the Nupave Asphalt Series and GMA Toowoomba Series, all of which was enough to earn her Rookie of the Year honours.

“It’s definitely been a big learning experience for me this season but we’re really happy with how the season has gone overall,” commented the Toowoomba, Queensland-based pilot of the Qld # 97 Apelt Floors & Coatings supported car, whose highlights included qualifying on the front row of a feature race alongside Kristin Brown, a fellow female driver she looks up to, before a flat right-rear tyre dashed her hopes.

“Being thrown in the deep end and going up against some of the best Formula 500 drivers in the country has been a really good opportunity for me to build up my confidence a bit and gain some more speed.”

Bolstering her even further for next season’s campaign, Apelt was lucky enough to attend the Speedway Australia Rising Star Program earlier in the season – a high intensity learning camp that takes place over four days in Canberra.

“The Rising Star Program was amazing and it taught me all about what goes into speedway racing and how to get the most of yourself as a driver,” she added.

“I’ve taken on board everything I learned at the camp and it’s encouraged me to lift my game heading into next season, in terms of nutrition and physical and mental fitness, as well marketing and publicity.”

Next season, Apelt plans to contest a similar schedule, with the potential to do more interstate traveling subject to budget. She aims to be competitive in order to challenge more consistently for podium spots ,while also hoping to achieve a strong result during the Australian Title, which will be held at Simpson Speedway early in the season.

Special thanks go to her mum and dad Leigh and Greg, her younger sister Amity, her grandad Darryl and her uncle Chris, along with Dave Whell and Brad Gosney.

To find out more about Apelt and her team, LIKE them on Facebook by searching Apelt Floors Motorsport. 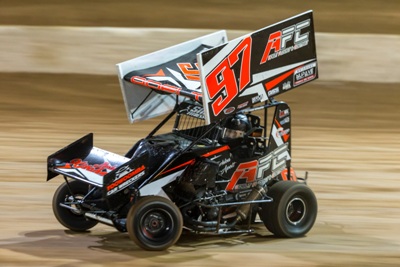