For the first time this season the Flying Formula 500’s will hit the high banks of the Perth Motorplex and it is already shaping up to be a big show, with a good field of quality competitors preparing to fight it out for the win.
With last season’s Track Champion winner Cameron McKenzie and third place getter Jye McKenzie not in the field, the doors really open for all drivers as they look to make their own mark on the division, with Chris Dymock, himself a former Track Champion, keen to go one better than last season.
Matt Brown claimed the win at the opening show of the year in Collie not long ago after an epic battle with Glenn Carstairs and with both in the field this weekend, we can be assured of another great show. The duo have won nineteen and nine feature races at the venue respectively, so know what it takes to win and both would dearly love to get the advantage come Saturday night.
Others in with a chance this weekend include George Eaton, who podiumed in the last show, Cody Turacchio, who is keen to make amends after a DNF in the opening show and the Nardini brothers Luke and Jamie who have both shown impressive car speed already.
Returning to join the field for the first time this season is current WA Champion Steven Ellement, who has a successful history of feature wins at the Perth Motorplex over a long period of time and is ready to add another to his resume.
David Carstairs and Jeff Ross join Ellement in the field for the first time this season, Carstairs not having raced at the Motorplex since April 2018, and Ross since January 2018! Both shouldn’t take long to readapt to the track and get right back on the pace.
Add in other names like returning racer Damien Della, plus Mark House, Todd Broadwood, Brendon Marshman, all of whom are certainly no slouches, and it is anyone’s guess who will take home the feature race win.
Drivers will compete in two heat races prior to a fifteen lap feature and with the first race scheduled for 5.15pm, make sure you get there early! 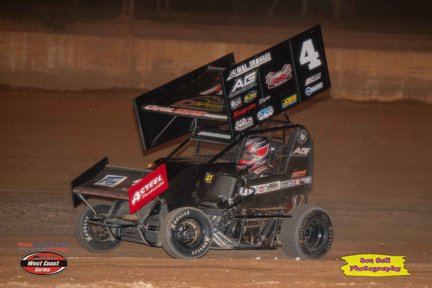 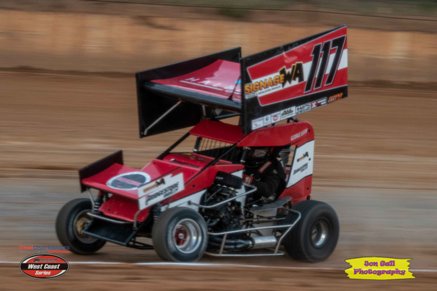 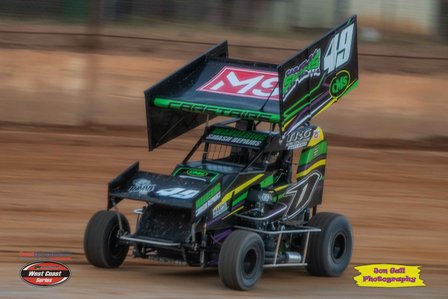