After what was an epic Motorplex opening event a fortnight ago, the Formula 500’s will this weekend return to the venue and resume hostilities for the second time this season.
A good field of fifteen cars have nominated for this Saturday nights show, headed by Glenn Carstairs who as the opening round winner and current leader of the Perth Motorplex Track Championship, is desperate to hold onto that lead at this early stage of the season. Carstairs had a great battle with Steven Ellement throughout the entire race, but with Ellement not running this weekend, any number of other challengers could step up to the plate.
Former Australian and WA Champion Matt Brown would be one of those leading contenders and having already claimed a feature win this season as well as rounding out the podium at the aforementioned show, he is certainly in top form and will be a tough one to beat.
Cody Turacchio was just off the podium in the last show and certainly has the talent and equipment to go better while Chris Dymock, who trailed Turacchio home last time out for fifth place, is more than capable of claiming the win, desperately looking to make it twelve feature race wins at the venue.
Brendon Marshman, George Eaton, Todd Broadwood, Jamie Nardini and Luke Nardini rounded out the top ten in the last feature event at the Motorplex, but none are willing to settle for that as a result. Broadwood earlier claimed a heat win at that show while Eaton was on the podium in the opening West Coast Series round at Collie, so there is certainly a depth of talent right through the field.
Despite a second place in an earlier heat race Mark House was only able to score eleventh in the last feature, certainly not something that is reflective of his speed and he will looking to rectify that this time out while Jeff Ross and Damien Della rounded out the field last time out and as they get used to being back behind the wheel, their results should also improve.
Matthew Edwards and Ashley Grant are the two additions to this weekends field and will be keen to also make a solid season debut on Saturday night.
As was the case at the opening show, drivers will compete in two heat races prior to a fifteen lap feature and with the first race scheduled for 5.30pm, make sure you get there early! 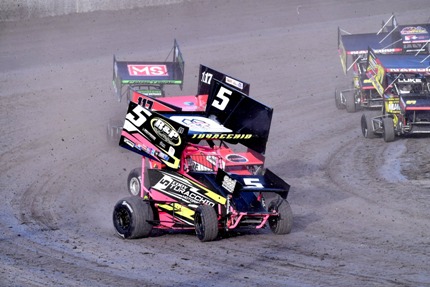 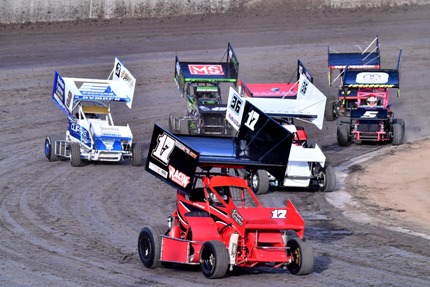