Momentum continues to build for 19 year old Victorian F500 driver Jordan Rae, after taking the win in the opening round of the TJ Chassis Victorian Stampede Series at Avalon Raceway on Saturday night.
With quality spread right through the 30 car field, it was no surprise that the heat racing was hotly contested. Rae made progress in heat one to move from sixth to third, in the first of two midfield starts, finishing behind Justin Bowen and Mathew Balcombe.
Heat two, and now starting from the inside of the third row, Rae quickly went to work in the V9 TJ Chassis moving from fifth to third, before slotting into second mid race. End result would be second to another form driver, Jack Willsher Cup winner Tim Rankin.
Current Australia 2 Jack Bell would start from pole position in the 20 lap final, with Rae alongside. The initial start to the final lasted three quarters of a lap before the yellows were on for a restart. On second attempt Bell led with Rae right on his hammer, until Rae made a bold move in turn three on lap two for the lead. Rae stretched his legs until a restart bunched the field up, even leading to a spectacular wheel stand just before they resumed racing.
Working his way through lap traffic beautifully, Rae went on to grab the win, finishing ahead of Bell and Rankin. The fastest lap of the final went the way of the V9, with a time of 13.341.
‘The car was mint to drive, Dad and Indy really nailed the setup. I was trying to keep it straight and make the most of it, and got the job done. Huge thanks to my family and supporters’ commented Rae after his triumph.
Jordan’s brother Brock also showed some pace on the night running tenth in the opening heat before a stunning drive to second in his last heat. Fifth In the B main led to another A main start, where he moved up to 12th position. Excellent progress in his second ever meeting.
Rae Motorsport will be on track this weekend at Laang Speedway for their Track Championship.
Thank you to our 2019/20 Supporters:
- TJ Chassis
- The Car Wash
- Laird Campbell Automotive
- AHR Media
- Westvic Sheds & Garages
- Heywood Lime
- HD Tilt Tray Services
- Max Fry Smash Repairs
- Lethal Race Wings 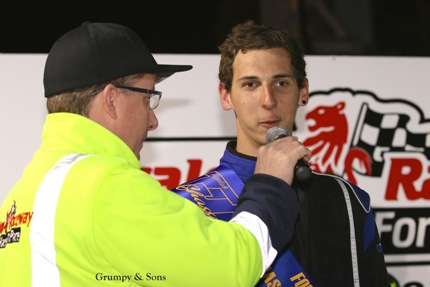 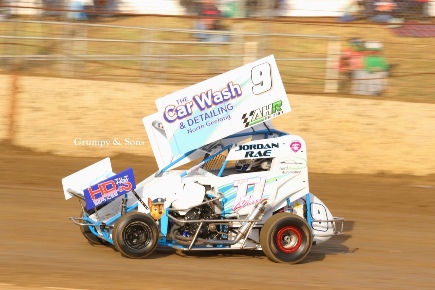