It has only been a relatively short break since the last show, but this weekend will see the Formula 500’s journeying further into the South West of WA as they compete at the TradeHire Margaret River Speedway in Round Three of the Fuel Distributors of WA West Coast Series, proudly presented byMPS Tree Services!
Matt Brown and Steven Ellement have claimed the opening two feature races of the Series so far, but the man who holds the overall points lead is Glenn Carstairs, some seventy three markers ahead of Ellement, both Carstairs and Ellement having played their Ace Cards in the last round at Collie.
Interestingly, none of these three aforementioned drivers will be racing this weekend, putting George Eaton in the box seat as he currently sits third overall on points. He is just four points ahead of Chris Dymock and with neither driver having played their Ace Card as yet and both in the fourteen strong field this weekend, both will be looking for a good points haul and the chance to take over the Series lead.
The last time drivers raced at theTradeHire Margaret River Speedway was for the WA Title last season, and of the field nominated for this weekend’s race it was Cody Turacchio who was best placed. Turacchio came home third in that title event, but his preparation for this weekend hasn’t been ideal, the team suffering major motor dramas and only confirming their nomination in the last few days. Fingers crossed for the team that all their hard work pays off with some good results.
Ryan Higgs was fifth in that same Title event and this weekend will return to have a squirt in the dirt after work commitments kept him away from the last round. Higgs has been one of the most consistently quick drivers of the last few seasons and with multiple feature wins to his name, is a big threat on Saturday night.
Mark House currently sits sixth overall in the Fuel Distributors of WA West Coast Series ranks and will be keen to improve upon that standing come feature time, while Brendon Marshman hasn’t raced as much as he would have liked and will be looking to improve on his tenth place finish in the opening round.
Ben Lally and Matthew Edwards-Pope make their West Coast Series season debut this weekend while Craig Noakes is all set to jump into his car for the first time, the car he is racing previously campaigned by daughter Makayla in the Junior ranks. They will be joined by relative newcomers in Steve and Tyler Carter and all five drivers will be looking to get laps under their belts and stay out of trouble.
Rounding out the field is Ted Street who continued to improve each time he hits the track and he could certainly give the results a shake up if everything goes his way, the experienced Todd Broadwood who still has what it takes to finish at the pointy end and Russell Minchin who claimed a tenth place finish at the last show.
As already mentioned, drivers will again have the opportunity to play their Ace Card at all rounds this year, giving them the chance to double their points for a given round. This will be declared at the Drivers meeting on Saturday, to be held at 4.30pm. Pit Gates will open at 2.00pm with the main gates open at four.Main racing kicks off from 5pm, with hot laps held just prior to the start.
The 2019/20 Fuel Distributors of WA West Coast Series is proudly presented by JC Performance Cylinder Heads, Auto One Margaret River, MPS Tree Services, Burson Auto Parts Myaree, Stainless Fastner Supplies, Mark House, Alltorque Engineering, Empire Graphics, BRM Kart Australia, Electrical Trade Union WA, Pirtek Newman, Opal Finance and IGA Three Springs.

Pictures: George Eaton and Chris Dymock are well placed in the West Coast Series so far while Russell Minchin continues to get laps under his belt. Pics courtesy Jon Gall Photography.

A Tie Breaker?
The Junior Formula 500’s have been running around the country side with their senior compatriots this season, and have certainly been capturing the attention of crowds in attendance.
Declan Minchin came out on top in the opening round while Nash Waldron was the winner in round two, meaning that this weekends round of the Fuel Distributors of WA Inc West Coast Series at the TradeHire Margaret River Speedway will see the duo fighting it out in a tie breaker to see who comes out on top.
Minchin did a great job to outlast the other drivers at Collie back in October while a fortnight ago Waldron fought off the rest of the field to claim a solid win at the same venue. Now the duo will hit a new track for the season and this will really sort them out as the duo adapt to the track.
Of course the only other one that could spoil the party is another youngster in Flynn Roser. He hit the track for the first time at Collie a fortnight ago and did a great job, keeping the car straight and learning the craft. Should he continue to do this and improve at a rate of knots as he did at the first show, he will be a serious contender very soon.
We would also like to acknowledge that Hadley Earthworks have come on board to support the Junior Formula 500’s this weekend, donating $300 worth of prizes for the field this weekend, meaning the drivers have that little bit extra to fight for.
Racing begins from 5pm this Saturday night!
A special thanks to Hadley Earthworks for coming on board to support the Juniors in the opening meeting of the season, and we also thanks all those who are supporting the 2019/20 Fuel Distributors of WA West Coast Series, proudly presented by JC Performance Cylinder Heads, Auto One Margaret River, MPS Tree Services, Burson Auto Parts Myaree, Stainless Fastner Supplies, Mark House, Alltorque Engineering, Empire Graphics, BRM Kart Australia, Electrical Trade Union WA, Pirtek Newman, Opal Finance and IGA Three Springs.

Official Nominations - 3
22 Declan Minchin
23 Nash Waldron
27 Flynn Roser
Pictures: Nash Waldron and Declan Minchin are expected to pick up their battle once again while newcomer Flynn Roser should get quicker and quicker each time he hits the track. Pics Courtesy Jon Gall Photography. 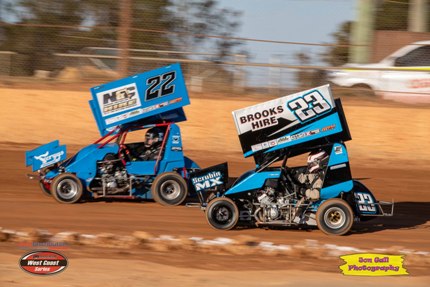 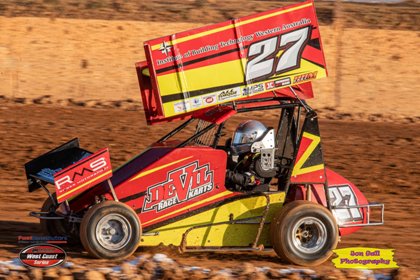 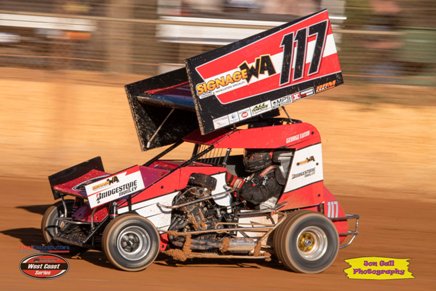 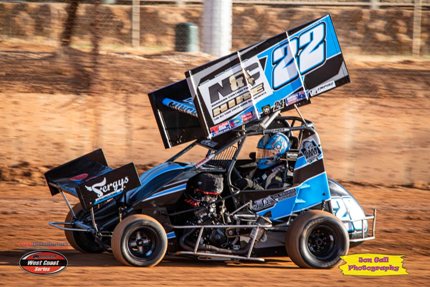 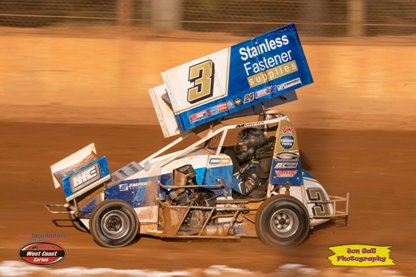