After just over a month’s break from racing at the Perth Motorplex, the Formula 500’s will return in a big way this week, with events on both Boxing Day (Thursday) and then again two days later on Saturday the 28th!
The Boxing Day show has attracted a good seventeen car field, with Glenn Carstairs looking to make it three wins in a row at the Perth Motorplex and extend his Track Championship lead. He is currently twenty points clear of second place, has five podiums already this season across the State and will be pulling out all the stops to extend that lead further and grab his twelfth career win at the venue.
Although the two events at the Perth Motorplex have been taken out by Carstairs, there have been four other events held across the state, with Luke Nardini, Cody Turacchio,Matt Brown and Steven Ellement each claiming one of those round wins.
All four of these drivers are in this Thursday nights field and considering they sit third, fourth, twelfth and fourteenth respectively in the Perth Motorplex Track Championship, will be keen to improve on these standings come Thursday night.
Chris Dymock was on a tear a couple of seasons back and won a pile of feature events, but so far this season he hasn’t quite got the feature win, though has so far claimed four podium finishes. He is second in the Track Championship standings and a strong showing on Boxing Day could certainly elevate him further up the ladder overall.
Another who has impressed so far this season is George Eaton, who has been consistently recording strong results. He is in the field this Thursday night and will be hoping to grab a seventh feature win at the Perth Motorplex to add to the six he grabbed in Junior Sedans.
Add in a whole host of others including names like Mark House, Todd Broadwood and Jamie Pages (who have all also claimed wins at the Perth Motorplex in years gone by) and it should be another solid showing from the little pocket rockets!
As has been the case at the last few shows, drivers will compete in two heat races prior to a fifteen lap feature and with the first race scheduled for 5.00pm and the feature scheduled for 7.20pm, make sure you get there early! 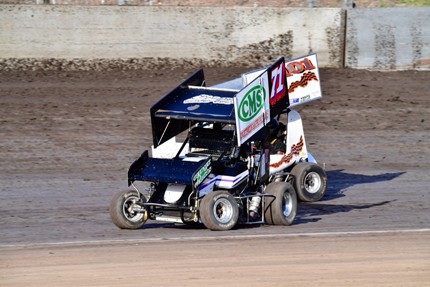