Victorian F500 star Jordy Rae has proved he belongs in elite company, despite luck eluding him at the Australian Formula 500 title held at HeytesburyStockfeeds Simpson Speedway.
Starting the weekend with a measured approach in practice, Rae was confident in his V9 TJ Chassis despite running a limited program due to a shortage of quality tyres.
Starting heat 4 from position eight, Rae worked the top on the opening lap to move into the top five, only to run out of track and get squeezed between another car and the wall. The impact being enough to break the beadlock on the LHR wheel and pop the tyre off the rim. A tough DNF to start his campaign.
With the car still in good shape after his earlier demise, the 19 year old from Bannockburn put his head down in heat 8, starting in fifth, but quickly making his way to third. Whilst he challenged for second, he crossed the line third.
Knowing the job at hand, a front row start couldn’t come at a better time for Rae, and he capitalised to take the win in heat 12. His decisive move to the bottom at the start proved a masterstroke, as the track begun to take rubber.
Rae sat well outside the automatic lock in for the A Main as he returned to the track on night two of the title. He was buried deep in the B Main based on points. Never one to shy away from a challenge, Rae started eleventh in heat 17, and managed to claw his way forward on a fast racetrack.
On calculated points after all heats were completed, the V9 sat in 32nd on points and was drawn to start sixteenth in the B Main. A few setup tweaks had Rae firing in the ‘B’, charging from his starting position all the way to third, in a staggering performance that gained him many new fans.
Starting in position 19 in the National Title, Rae knew he had a fast car underneath him and anything can happen in these big races. When the green flag dropped, Rae made some big moves early, moving upto 14th before his luck ran out with in the opening two circulations. He clipped a stricken car, causing the RHF steering arm to break and end his night.
Despite being in the wrong place at the wrong time on several occasions over the weekend, Rae remained optimistic about the weekend. ‘If we had a bit more luck through the title weekend I reckon we had a good enough car for a top 5 finish, but that’s racing. Huge thanks to my family, sponsors and supporters, we’ll bounce back!’ commented Rae.
With Speedweek looming, keep an eye out for the V9 to be right at the pointy end of the field, challenging for the nightly and series results.
Rae Motorsport will be on track this Friday night at Simpson for round one of the Speedweek Series.
Thank you to our 2019/20 Supporters:
- TJ Chassis
- The Car Wash
- Laird Campbell Automotive
- AHR Media
- Westvic Sheds & Garages
- Heywood Lime
- HD Tilt Tray Services
- Max Fry Smash Repairs
- Lethal Race Wings 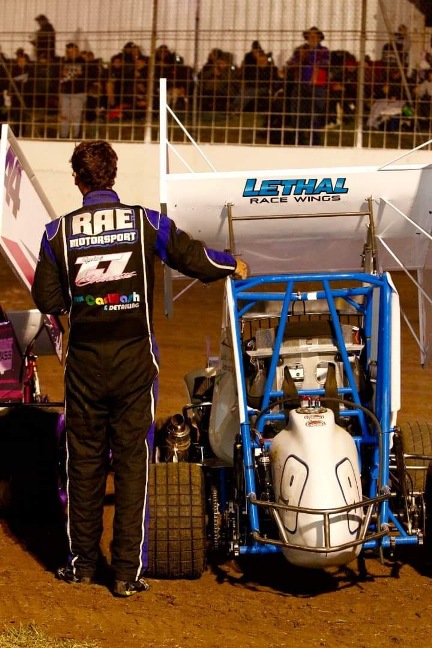 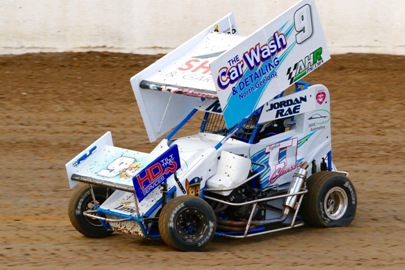