For the second time in as many nights Steven Ellement has claimed the feature win at the Perth Motorplex, once again extending his all-time feature race wins lead!
It was a great night of racing for the Formula 500’s, with no restarts in any of their races and just one car not finishing one race all night. All cars that started the night would take the green flag for the feature, with Glenn Carstairs and Steven Ellement sharing the front row while Jamie Nardini and Matt Brown would share row two.
As the race went green Carstairs and Ellement banged wheels, Ellement able to get the lead into the opening turn followed by Carstairs with Brown right behind the two of them.
Jamie Pages pulled a wheel stand as he ran over the back of George Eaton down the back straight but the race was able to continue, with passing right through the field, even rookie Amy Waldron making up three places in the early going.
Back up front Ellement was being tailed by Carstairs, with Brown and Cody Turacchio, who had come from position six, right behind them waiting for an opportunity to get by.
Carstairs went high on lap five to draw alongside Ellement down the back straight but Element was able to hold the lead.
A lap later Carstairs did the same thing and the two were just 0.068 apart as they crossed the line to complete lap six.
This seemed to ignite a fire in Ellement’s belly as he then put the foot down and began to pull away from Carstairs, with Brown and Turacchio still loitering around behind them, waiting for their chance.
The top four spread out with five laps remaining while Jamie Nardini, Luke Nardini and Chris Dymock fought it out for fifth place in a tight battle.
Ellement made his way into lapped traffic on lap thirteen, but it made no difference, ducking and diving with ease, avoiding a nearly half spun lapped car and going on to claim his second win in as many meetings.
Carstairs held on for second despite Brown closing very quickly in the final corners, while Turacchio and Jamie Nardini rounded out the top five.
After tonight’s racing, Glenn Carstairs is still the leader of the Perth Motorplex Track Championship, now 28 points clear of second placed Chris Dymock while Cody Turacchio is just four points further back in third place.
The Formula’s will now have a full monthbreak before returning to the track again on Saturday the 1st of February at the Moora Speedway for the fifth round of the Fuel Distributors of WA West Coast Series, proudly presented by Stainless Fastner Supplies. 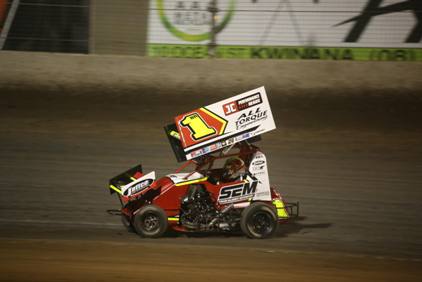 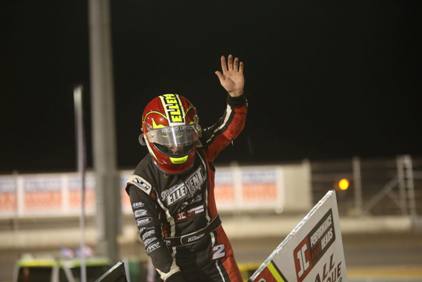 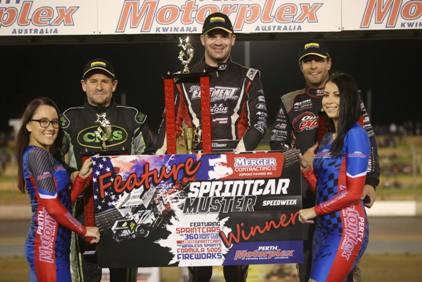