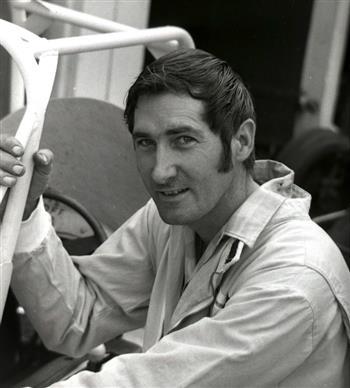 At last seasons WA Formula 500 Title, the Formula 500’s of WA Inc chose to name the preliminary night feature after the legend that is Bill Richards.
This season, just ahead of the 63rd WA Formula 500 Title to be held at Geraldton Speedway, we are pleased to reveal that the preliminary night feature will be named after another club legend in Johnny Andersson.
A stalwart of the Formula 500 divisions for many decades, including actively racing for fifty years, Johnny has accomplished it all, piloting the famous #90 all over the countrywith much success.
Inducted into the Speedway Australia Hall of Fame in 2016, he was the first West Australian to win an Australian title in any car division, claiming the 1973/74, 1974/75 and 1976/77 Formula 500 (TQ) Championships.
He also claimed the WA Title on six occasions, his first in 1967/68 and his last in the 1979/80 season. This on top of three second places and five third places over an ever larger period, gives him fourteen podiums across thirty one years.
Johnny is one of the all-time greats at Claremont Speedway, grabbingsixty seven feature races at the venue between 1958 and 1994, more than double the next best of 31. He raced all over the country notching up countless feature wins, and when Claremont closed he continued to compete at the Perth Motorplex where he won a total of two features, as well as claiming a Track Championship at the age of 63.
Although now retired from racing, Johnny has continued to actively serve on the Formula 500’s WA Inc committee and is the Chief Scrutineer for the club, a position he still enjoys.
It is for these reasons that Formula 500’s WA Inc are pleased to honour Johnny with the preliminary feature race at this weekend’s WA State Title.
This will be an optional feature race on night one for the dedication to Johnny, to be known as the ‘Johnny Andersson Preliminary A Main’
Starting positions for this race will be determined by high points from the first two rounds of heats on night one of the State Title. All qualifiers for the race will receive a medallion, with the winner of the race receiving a plaque to be presented by Johnny himself. This race has no reflection on the end result of the state championship.
Congratulations to Johnny and we hope to see as many of you as possible this weekend for the WA Title and the Johnny Andersson Preliminary Race!
Release by DTN Media. 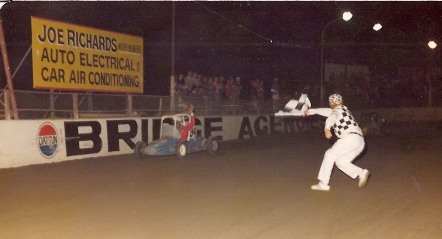