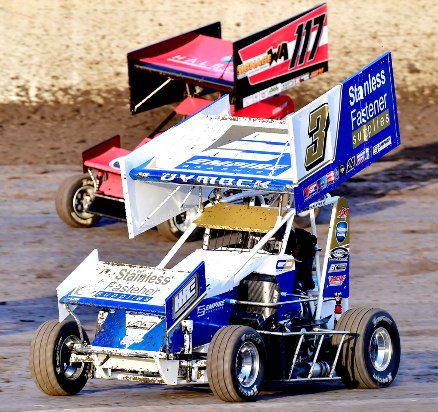 Season Concludes!
As a result of what is happening in the world right now, the Formula 500’s WA Inc committee in consultation with the Manjimup, Kalgoorlie and Pithara Speedway committees have agreed to cancel the final three rounds of the Fuel Distributors of WA West Coast Series.
With this decision in mind, the points have been adjusted for the Fuel Distributors of WA West Coast series, with drivers who have not yet taken the opportunity to play their Ace Card, having it played for them and doubling their worst round points.
It is on that note that we are pleased tonight to announce that for the second year in a row Chris Dymock has taken out the WA Fuel Distributors West Coast Series. Dymock had an incredibly consistent season looking at his West Coast Series points, scoring the same numbers within a four point gap in five of the six rounds. Even with his worst points round being doubled (the season opener at Collie), Dymock still did enough to take the overall win by twenty one points.
Also for the second time in as many years, George Eaton has officially come home in second place. Another strong year for the youngster saw him leading most of the year after he played his Ace Card to perfection and recorded another strong result.
Ted Street, by virtue of his consistent finishes, snuck into third place overall, just eleven points ahead of fourth placed Cody Turacchio, with Glenn Carstairs rounding out the top five.
A huge thankyou to all the drivers who took part in this year’s series, to all the sponsors who got behind us and all the tracks who supported our division this year.
Moving forward, decisions are still to be made on the annual trophy night, but at this stage the next event for Formula 500’s will be the annual Bunny Burrowes Memorial at Narrogin Speedway. As always though, stay up to date with that event on the PTQCC and Narrogin Facebook pages.
The 2019/20 Fuel Distributors of WA West Coast Series is proudly presented by JC Performance Cylinder Heads, Auto One Margaret River, MPS Tree Services, Burson Auto Parts Myaree, Stainless Fastener Supplies, Mark House, Alltorque Engineering, Empire Graphics, BRM Kart Australia, Electrical Trade Union WA, Pirtek Newman, Opal Finance and IGA Three Springs.


*Denotes drivers who have played their Ace Card